How Much Down Time is Too Much: The Concept of Detraining

We all know we need to train consistently, train hard and “recover harder” in order to achieve optimal performance, but how much down time is enough, and how much is too much?

We all know we need to train consistently, train hard and “recover harder” in order to see achieve optimal performance, and triathletes are great at training more and training harder. We hear a lot about the real challenge of getting adequate recovery. But what happens when we take an extended break from training, either voluntarily or involuntarily? How much down time is enough, and how much is too much? When and why does detraining start to occur? Let’s explore the concept of detraining to help you better understand and balance training stress (which is measured and tracked by Training Stress Score and the Performance Management Chart within TrainingPeaks) and extended recovery.

Training Reversability: “Use it or Lose it”

The principle of training reversibility states that while regular physical training results in enhanced athletic performance, stopping or substantially reducing training causes a partial or complete reversal of physical adaptations, thus compromising athletic performance. In the simplest of terms: use it or lose it. When triathletes stop training for an extended period of time, their hard-won fitness gains deteriorate and eventually completely disappear, often faster than they were gained. Sufficient training stimulus must be maintained in order to retain training-induced adaptations. In one study, an Olympic rower hit peak fitness during the Games, then took an 8 week hiatus from training. It took him 20 weeks to return to his previous fitness level!12

Aerobic development and maintenance is an ongoing process. VO2 max, the body’s ability to taken in and utilize oxygen, begins to decline at about day 10 of no training, but then continues to decrease over time. Significant reductions in VO2 max begin to occur within 2 to 4 weeks of detraining. This immediate decline is related to a decreased cardiac output and decreased blood volume1. Studies of runners show VO2 max drops about 6% after 4 weeks2, 19% after 9 weeks3 and by 11 weeks of no running, drops by 20-25%! However, any deficit caused by taking a couple of weeks off at the end of the season or for an injury, can be made up with a few weeks of good training.

In terms of metabolism and muscle function, detraining also has a significant impact on the trained body. The body’s respiratory exchange ratio goes up, meaning fat metabolism becomes impaired, resulting in increased fat storage. Adrenaline drops, altering your “readiness” to train. The ability to train at higher intensities becomes more difficult because lactate accumulates quicker and at a lower intensity (loss of buffering capacity). Muscle glycogen levels also drop, leaving less in the tank to draw from.

When capillary density and oxidative enzyme activity decrease, oxygen delivery to working muscles is impaired. As well, muscle mass, EMG activity (nerve innervation of muscle fibers) and the number of fast twitch or Type 1 muscle fibers decrease. There is a marked reduction of mitochondrial ATP production.6,7,8 With all of the above declines in cardiorespiratory, metabolism and muscle function, endurance performance declines.

Interestingly, gains made from strength training and maximal muscular power output (from lifting weights) seem to be maintained longer. Detraining effects on strength training are very limited in the first 2 weeks. For example, following a strength training program and subsequent 2 week break, weight lifters showed slight but non-significant reductions in bench press, squat and knee extension strength. Even a group of swimmers showed similar results. What is significant is that even though “gym” strength may be retained, an athlete’s ability to apply force on the swim, bike and run is impaired with detraining. This has to do with a loss of muscular endurance; the body’s ability to apply a force repeatedly for many minutes or hours of continuous motion.

This might explain why detraining after a sprint training (5-8 second intervals) program induces significant decreases in VO2 peak and maximal aerobic power, but maximal short term power output and anaerobic potential can be maintained at a relatively high level after 7 weeks of detraining. A long interruption has negligible effects on short sprint ability and muscle anaerobic potential. Sprinters and power athletes may see a more rapid return to competitive fitness after a break.

But, persistent training stimulus is required to maintain high aerobic capacity and muscle oxidative potential, paramount for triathletes and other endurance athletes (even a sprint triathlon is primarily an endurance event). Endurance athletes perform longer intervals in order to improve performance, such as VO2 max intervals, lactate threshold, tempo, etc. These intervals are anywhere from a few minutes to 2 hours, depending on intensity. Within 7-12 days of cessation from an endurance sports training program, glycolytic enzymes (those associated with high intensity interval training) begin to decline.9,10

This concept of reversibility does not apply as readily to skill development. Once a skill is learned, it is never forgotten, especially if it is well learned. Coordination appears to remain stored in long-term motor memory and remains nearly perfect for decades11, particularly for continuous skills such as swimming, biking and running. If you stop training, over time you will lose strength, endurance and flexibility, but your body will remember how to execute the skills involved in performing the sport; the better the skill is learned, the longer it will be retained.

Thus, even if we take a long lay off, our bodies and our brains still remember how to swim, ride and run.

Time in the sport plays a key role in our ability to return to competitive form after an extended layoff – this is the concept of residuals. “Years of training plays the biggest role in our ability to hold onto training benefits, rather than genetics or what specific sport we play,” says Krista Austin, former Sport Physiologist at the Olympic Training Center in Colorado Springs. This is the same for speed work and aerobic endurance.

In short, athletes who have trained many consecutive years tend to hold onto their fitness longer than those who have recently acquired increases in fitness. VO2 max gains can be maintained in experienced athletes, but recently acquired gains are still completely lost starting at 4 weeks of training cessation4. This is true for all endurance athletes, and some athletes can experience e a complete reversal of all gains in VO2 max after an extended break from training.

Experienced athletes may feel that you have to work harder to maintain any gains in speed (beyond extremely short, maximal power output durations of 5-8 seconds) and then lose them rather quickly, but endurance gains seem to stick around longer. Says Austin, “The frequency and volume of speed training that we can do is much more limited than aerobic volume so, once you cease, it starts to decline very quickly…think of a small silo for storing hay versus a large silo. You have far more reserve for the ‘down time’ based on how large the silo is.”

Speed and high intensity training are highly dependent on VO2 max, if this is in decline, the inability to transport oxygen makes it hard to recover and continue with hard intervals. Rapid recovery is key to increasing speed and general fitness. With anaerobic enzymes, muscle elasticity, blood volume, muscle glycogen storage all on the decline, together they significantly decrease the maximal work we can generate. Once you hit the 10 day mark, you are starting to lose endurance, increase body fat and then at about 14 days mitochondrial density and enzyme activity declines.

Aerobic benefits really decline at that 2 week mark and becomes more impaired with prolonged detraining. But, aerobic training “feels” easier, especially if you have a long history in endurance sport, because it is; it’s at a lower intensity level. This corresponding loss in endurance translates to slower times that involve the aerobic and VO2 systems, such as a 5k run, 1500 meter swim, etc. Slow twitch muscle fibers are losing their ability to process oxygen; oxidative fiber size and proportion are decreased. On the other hand, with strength and pure speed athletes (power lifters, 100 meter runners, bobsledders, etc), oxidative fiber proportion is actually increased, thus allowing them to continue to hold on to gains longer during detraining.4

In conclusion, if you find yourself in a situation where you are sidelined by a major injury or illness or end of season burnout, if possible do try to maintain your fitness through training that does not aggravate the injury. Here are some ideas to help you.

Keep in mind the concept of individual variation, as every athlete will respond slightly differently to these concepts. The bottom line is that if you want to continue to see performance improvements year after year, take the requisite planned recovery time to ensure optimal health status; rather have rest imposed on you by a sick, injured or “fried” body. If long term performance is the goal, avoid extended layoffs if possible. 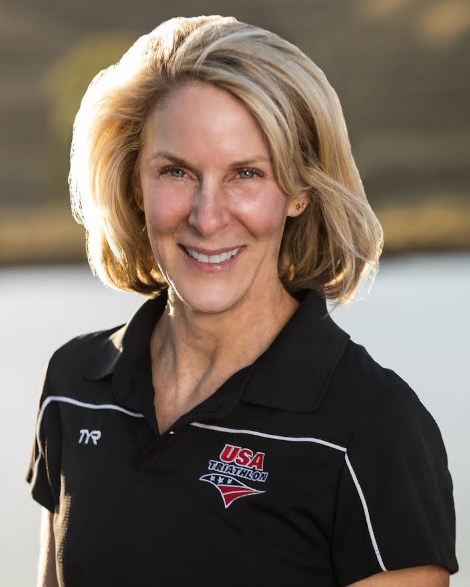 About Melissa Mantak
Melissa Mantak, MA is USAT Level III and USAC Level I certified coach and has a Masters degreed in Sports Science. Melissa presents at USAT Level I, II and III Coaching clinics as well as at the Coach Mentor program at the OTC in Colorado Springs. Coach Mantak is a former overall ITU World Cup winner, USOC Triathlete of the Year and USAT National Development Coach. In 2010, she was voted USAT National Coach of the Year. Coach Mantak is a full time professional coach currently working with athletes of all levels. Contact her at Melissa@empoweredathlete.com or www.triathlontraining-coach.com
Visit Melissa Mantak's Coach Profile
#PERFORMANCE