This plan is designed for an existing Olympic distance athlete, or an athlete who was due to race an Olympic distance in early 2020 to help them get race fit for an Ironman VR event. It works on the assumption you have a turbo trainer with Zwift and somewhere to run, whether it's outside or on a treadmill.

This plan is for athletes who went back to base phase following the mass postponement/cancellation of races, but want to take part in the Ironman VR series. Intensity and TSS increase for the first three weeks, before tapering off for race week. This plan works on the assumption you're planning to complete the events in the logical order of 3K on Friday, ride on Saturday and the 10K on Sunday. If you are already at a fitness level which is much higher or lower than this plan is pitched at, you can tweak the length of easy workouts, and number of intervals or rest periods of more intense workouts.

It's worth reiterating that the Ironman VR challenge is primarily for a bit of fun and participation as of early April 2020 when I wrote this plan. There is no authentication process and some impossible bike splits have appeared on the official results, so don't take the results too much to heart. Hopefully this is tightened up in future, but for now you should see this as a personal challenge, as much as a race against others. 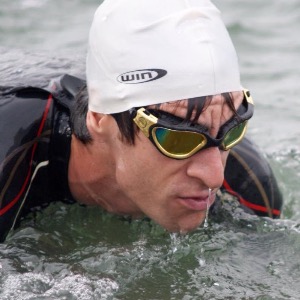 I am an IRONMAN Certified Coach studying for their British Triathlon Level 3 course specialising in helping athletes with unpredictable lifestyles maximise their time, with success helping individuals qualify for world championship events and medal at national championships.