For most athletes, the half marathon target is likely to be between 80 mins and 2 hrs, or slightly over. So it is a pace not far short of the lactate threshold, but somewhat quicker than marathon pace. It is a pace where, crucially, muscle glycogen will not be exhausted over the distance, so those that train the fat burning capacity become less relevant.

Given that the general training phase develops so much of the training base that will apply to your half marathon performance, there is less need for a 13 week build up after the general phase. Instead, there are two levels of a seven week build up (level 1 and level 2).

There is:
*a slight increase in the long run so that the distance itself becomes less of a challenge
*building up the pace of parts of the longer runs to help you balance speed and distance
*a race at 10km or 10 miles to help to inform the target pace your half marathon should aim for
*more specific sessions at close to half marathon pace.

NB - obviously there is a challenge in writing schedules that are fit for all; a 70 min HM runner will race the distance very close to their threshold pace, whereas the 2hr runner will head more towards the energy demands of an elite marathon runner in terms of the balance of glycogen and fatty acid consumption. That said, most athletes fall somewhere in the middle ground of the two, at which these schedules are pitched. 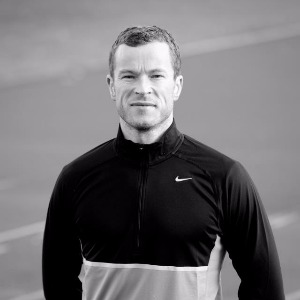 My areas of expertise are in Cycling power training, running program prescription and functional strength programming. My goal is to make you swim, bike and run smarter and faster!