This Half Marathon Training Program that will progress you through the four main phases of training to prepare you for your best performance on race day.
There is a strong emphasis on strength training to promote injury resistance as well as faster sustainable running velocity.
Initial skill and general strength phase will focus on running skills like form and cadence are emphasized alongside a whole body strength development. the main goal is to eliminate bad running habits and promote a vast increase in strength. The development of optimal form will improve running capacity almost immediately thus increasing the quality of workouts as faster velocities are achieved Gains in whole body strength translate to greater fatigue resistance and economical running.
Running specific strength is the next phase, during which strength is optimized in the running motion. Increasing running specific strength improves running economy and resistance to fatigue.
Hill Training is the next phase, where running specific strength is further fine tuned to your running mechanics. The net result will be improvement in vVO2 max, Threshold velocity, economy and resistance to fatigue.
Explosive training phase is the last, during which high speed drills are the mainstay. On the heels of the previous strength phases fitness, running velocity and resistance to fatigue will increase substantially.
At the end of this training program you will be able to exert more force on the ground, thanks to phases two and three, as well as apply that force more quickly, thanks to phase four. You will therefore spend less time on the ground with each step. The result will be an increased maximal running velocity with concurrent improvements in vVO2 max, running economy, lactate threshold speed and resistance to fatigue. The ultimate outcome will be your Optimal Performance on Race Day! 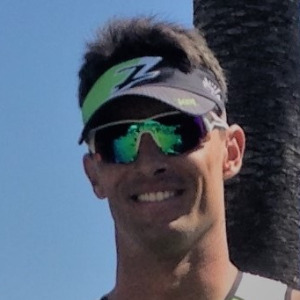 I am passionate about sports and physical activity. I grew up a soccer player in Italy and have completed numerous Triathlons, from Sprint to Ironman.

I believe One on One coaching provides the best performance on race day.
Every athlete is different in their physiology, strengths, weaknesses and response to training.
As such, a tailored and personalized approach will provide the optimal results.
My approach is quantitative as I truly believe the saying "What gets measured gets Improved!"