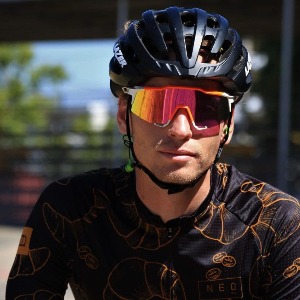 Alexander Worsdale
Have a Question? - Contact Me Contact Me
Coach Summary Meet Your Coach Training Plans Contact
Coach Summary
Refund Policy
Plans are protected by our Refund Policy and may, with the author's approval, be exchanged for a plan of equal value from the same author.
Location

Sport Types
Services
Athlete Requirements
I accept all athletes that have either a power meter and/or heart rate monitor.
Meet Your Coach

An athlete and coach. Alex Worsdale has competed for 5 years mainly in Southern Africa achieving some of the top results in the big races. Amongst competing Alex has taken on some athletes in the past 2 years whether it is to help beginners accomplish their first race to athletes who race at the top level in Southern Africa. He is looking to expand beyond South Africa and begin coaching athletes worldwide.

His primary focus is on cycling and has been competing for 5 years and coaching athletes for the past 2 years. He is offering 1 on 1 coaching and group coaching. When he began competing he was studying his Bachelor of Science in Human Physiology at the University of Pretoria in South Africa and graduated at the beginning of 2021.

As a coach he likes to engage with his athletes and find out what they believe they struggle with and are good with and set sessions and goals around helping them achieve.