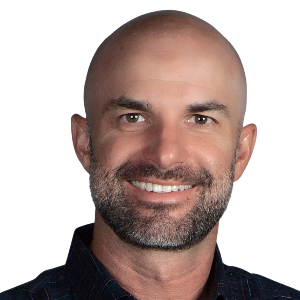 William Travis Ritter Fly Tri Racing LLC
Have a Question? - Contact Me Contact Me
Coach Summary Meet Your Coach Coach Package Pricing Contact
Coach Summary
Refund Policy
Plans are protected by our Refund Policy and may, with the author's approval, be exchanged for a plan of equal value from the same author.
Location

Sport Types
Services
Athlete Requirements
Passionate athletes with a desire to get the most out of themselves.
Meet Your Coach

“We build athletes up through trust and consistent communication to generate performance gains through structure, knowledge, and education, so that these athletes, our valued clients, can best realize their human potential through endurance sports"

Coach William Ritter has over 2 decades competing in endurance sports. 10 years competing in triathlon at the "amateur elite" level, he has gone back to his roots and competes as a competitive runner. William began running in 1996 after his endurance was exposed in PE class he was the one and only runner to compete for his Junior High Cross Country team. He continued to run all the way through college. He has competed in more triathlons and running races than he can count and has even made the podium in a couple of cycling events. William has coached and work with all levels of runners and triathletes, based out of East Texas he has coached athletes for Ironman Texas, Ironman Texas 70.3 in Galveston, and Ironman Waco 70.3 and much more. All of his coaching is detailed and based on the individual, which includes an extensive athlete assessment. William has coached many athletes through to countless PR's, Ironman, 70.3, and Marathon finish, Cross Country and Track & Field State Championships, and even coached Garrett Mayeaux to his USAT Pro-Triathlon license. William continues to improve his own coaching in a constant pursuit of knowledge and is one of the running and triathlon coaches on the rise in the US. William is committed not only to providing the best training for you, but also educating his athletes on everything pertaining to endurance sports.

Learn more about me and my team at www.flytriracing.com

Preferred Athlete Levels
Beginner, Intermediate, Advanced, Professional
Coach Package Pricing
*You will only be charged the $99 startup fee today. Monthly billing will begin after TrainingPeaks connects you with your coach.
Individual Services
Have a question? Contact me.