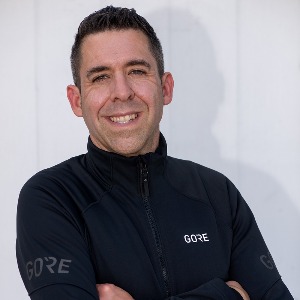 Wes Fornes Team Enduro
Have a Question? - Contact Me Contact Me
Coach Summary Meet Your Coach Contact
Coach Summary
Refund Policy
Plans are protected by our Refund Policy and may, with the author's approval, be exchanged for a plan of equal value from the same author.
Location

Sport Types
Services
Athlete Requirements
1) Follow the plan. (IOW, Trust the plan) Don't go rogue and go faster/longer than what the plan says 2) Communicate ASAP any concerns, travel plans, pains/injuries you have .. 3) We are a TEAM
Meet Your Coach

Wes’ love of an active lifestyle has lead him to expand his coaching career to share his love of all endurance sports. Wes’ philosophy is to focus on individual 1 on 1 relationships and write detailed training plans specific to each athlete; and he requires this same level of detail from all his coaches and training staff.

Wes Fornes is a lifelong athlete and endurance junkie. Wes hails from the state of Texas where he started his athletic career and was recruited from high school to cross country and track in University. Wes transitioned from long distance running to soccer and soon after took up cycling and triathlon. Wes got into Triathlon coaching when his friend he was coaching won the collegiate national triathlon championship and receive her pro card. This started his triathlon coaching career 15 years ago and has since been mentored by several elite coaches to round out his coaching credentials.