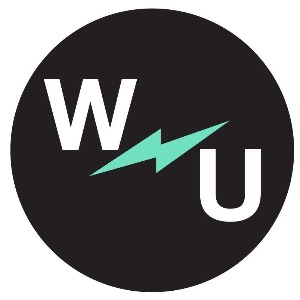 Rebecca & Stuart Watts Up Training
Have a Question? - Contact Me Contact Me
Coach Summary Meet Your Coach Training Plans Contact
Coach Summary
Refund Policy
Plans are protected by our Refund Policy and may, with the author's approval, be exchanged for a plan of equal value from the same author.
Location

Sport Types
Services
Athlete Requirements
Looking for athletes not afraid to work and looking to improve!
Meet Your Coach

Watts Up Training provides structured indoor training and training plans for people who want to maximize their training time on the bike. We provide custom built training sessions designed to improve your cycling performance. If you are local to us we have training classes 5 days a week.

If you’re looking for your best Ironman bike split, want to hang with the local Friday ride, or simply to get a new PR on your favorite Strava Segment, we can help!

Originally from the mid-west Becca moved to California in 1987. She found her passion for endurance sports after having children. She has worked hard over the last 13 years to be the best athlete she can be and has improved her Ironman time from 16:41 to 10:57 including a 3:45 run off the bike! While juggling jobs and family, she has now successfully trained for and completed several Ironman races as well as qualifying for the Boston Marathon three times. Becca has taken her passion for endurance sports a step further and has earned and is current in her USAT L1, USAC L3 and RRCA certifications.

Stuart grew up in England and during his High School years played team sports, rugby, field hockey and basketball. Stuart started Mountain Bike during the mid-1980’s In 2000 he moved to California and continued Mountain Biking. In late 2006 he turned his attention to running and finished his first Marathon the following June and in the following years he finished has multiple Ultra Marathons. In March of 2012 he survived his first Triathlon; a Sprint. Eight months later he finished Ironman Arizona! Post Ironman cycling has become his main focus. More recently he has embraced the recent gravel explosion racing at The Belgian Waffle Ride, Crushar in the Tushar and Dirty Kanza 200. Stuart, is currently a certified USAC L3 Coach. A self confessed data junkie (currently up to his armpits in WKO5), he has been using indoor structured cycling training for over 10 years.