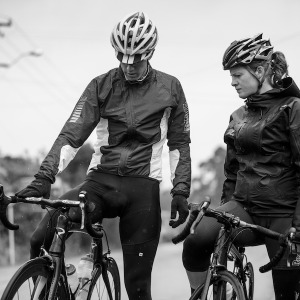 Ventouro Pro.Train Ventouro
Have a Question? - Contact Me Contact Me
Coach Summary Meet Your Coach Contact
Coach Summary
Refund Policy
Plans are protected by our Refund Policy and may, with the author's approval, be exchanged for a plan of equal value from the same author.
Location

Sport Types
Services
Athlete Requirements
We require athletes to be able to train at least 3 times per week, and is helpful if they have a heart rate monitor as a minimum.
Meet Your Coach

Ventouro coaching is for people who want the chance to elevate their performance, with one-on-one personalised coaching from Tim Gudsell and Adam Clark.

We offer a range of coaching levels along with one-on-one coaching rides, and also a large range of training camps.

Based on Tim's experience as a professional cyclist with FDJ and Adam's knowledge as a sports physiologist Ventouro has all bases covered.

Your coach, tour guide and the founder of Ventouro is Tim Gudsell, ex-Pro cyclist. Tim is one of the very few New Zealanders ever to reach the Pro Tour of professional cycling – and there’s currently no other cycling coach in New Zealand who’s competed at that level. Tim understands what it takes for an athlete to compete physically and mentally against the world’s best, and he’s keen to pass some of that expertise onto you. After 3 seasons in French amateur racing, Tim got his chance to shine as a stagiaire (apprentice) for La Francaise des Jeux at the Tour de l’Avenir – the Under 25 Tour de France. With impressive performances during this time, Tim was selected to go Pro, which he did for the next four years. Tim raced the Giro d'Italia, Vuelta a Espana, Paris-Roubaix and many more. Did we mention he’s also a double Olympian and Commonwealth Games medallist? Tim has spent his last few seasons guiding the New Zealand pro team Pure Black Racing to numerous victories – and snatched a few wins of his own during that time. On top of all that, Tim’s a great guy who will patiently answer your questions, share his cycling trials and tribulation, an join you for a cold beer at the end of the day.

Tim brings in-depth knowledge of strength-conditioning, power files, cycling technique and efficiency, and sport psychology. He loves to teach and see others grow – and we guarantee you’re in the best hands possible.