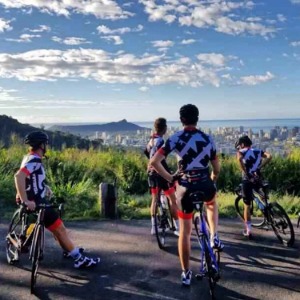 William Mather Velohana Cycling & Endurance Training, LLC.
Have a Question? - Contact Me Contact Me
Coach Summary Meet Your Coach Contact
Coach Summary
Refund Policy
Plans are protected by our Refund Policy and may, with the author's approval, be exchanged for a plan of equal value from the same author.
Location

A native of Hawaii, Will Mather enjoyed the outdoors as most Hawaii kids do. However, he and his wife, Rachal, would become missionaries to serve the underprivileged families in Dhaka, Bangladesh.

In Dhaka, Mather served wherever he could, including training athletes for the then forthcoming South Asian Games. Unbeknownst to himself, Mather was a capable squash player having learned while working at Honolulu Club. He would eventually become the third highest ranked US player on the PSA World Tour. In 2009, Mather was named National Head Coach of Bangladesh. As a result, despite being seeded last, Bangladesh earned a Bronze medal in the 2010 South Asian Games.

In 2014, he accepted a position to work in England as Head Coach of Warwick University Women's Squash team, becoming BUCS Champions in the two years he served them. Additionally, he trained with Sarah Jane Perry, who became National Champion and is now a top ten player in the world. Mather would also work with EIS and British Cycling, competing in the time trial series with great success.

Returning home in 2016, Mather trained up local athletes William Lezzer and Carl Nethercutt, each becoming multi-race winners and state champions. In late 2017, he began Velohana and within the first season produced an Age Group qualifier for Ironman World Championships.

He now sets his sights on producing a local, Hawaii based national champion in both cycling and triathlon while serving athletes globally through Training Peaks.