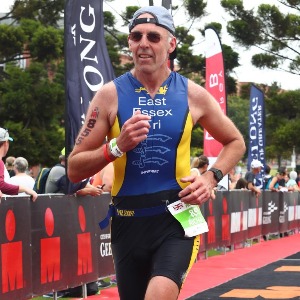 Richard Fuller
Have a Question? - Contact Me Contact Me
Coach Summary Meet Your Coach Contact
Coach Summary
Refund Policy
Plans are protected by our Refund Policy and may, with the author's approval, be exchanged for a plan of equal value from the same author.
Location

Sport Types
Services
Athlete Requirements
I am interested in anyone who wants to achieve in triathlon, from a beginner wanting to complete their first event up to people wanting to improve their Ironman performances.
Meet Your Coach

Richard enjoys working with triathletes and newcomers who want to challenge themselves whatever their age, ability and gender. With a commitment to training and a goal to strive for Richard can help triathletes produce amazing results.

Richard has been a keen triathlete since he stumbled across it in 1999. His initial foray into sprint distance races morphed year on year until his first Ironman in 2003. He has since competed in six Ironman and many half ironman and olympic distance events whilst still enjoying the challenge of shorter races. He has represented GB in World Duathlon championships, both short and long.

Training for triathlon has opened up numerous other opportunties for him across the swim / bike / run disciplines both in a competitive events (such as several London Marathons) numerous sportives across Europe and the UK and more leisurely pursuits including a Lands End / John O'Groats ride.