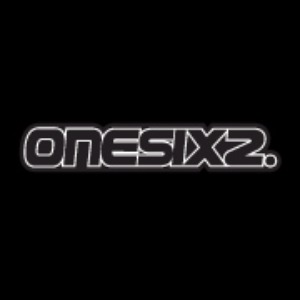 John Young tritrainingonline.com
Have a Question? - Contact Me Contact Me
Coach Summary Meet Your Coach Contact
Coach Summary
Refund Policy
Plans are protected by our Refund Policy and may, with the author's approval, be exchanged for a plan of equal value from the same author.
Location

Sport Types
Services
Athlete Requirements
All athlete types are welcome. Training programs will be tailored to the needs and current equipment of the athlete.
Meet Your Coach

At tritrainingonline.com, we believe coaching is an art that combines both science and personal communication. With proven programs in Triathlon, Ironman, Swimming, Cycling and Running, that have achieved international success. tritrainingonline.com offers a range of programs from online, personal coaching and clinics for clubs and institutes. We are prominent in Australia, Malaysia, Korea, Taiwan, China, America and New Zealand but we welcome all athletes from around the world.

Head Coach John Young's passion for learning how to improve the ‘human’ is evident with his education qualifications. With a Masters of High Performance Sport (Science & Analytics) and now studying a PhD in Sport Science, he is able to stay on the cutting edge of the latest methods in triathlon training and racing.

John has been involved in elite sport since 1997. As a high performance swim coach in Australia, John coached swimmers to state, national and international medals. Swimmers represented Australia at the 2000 Open Water World Championships in Hawaii. To show his diversity, he also coached swimmers from Canada, Argentina and Yugoslavia onto their national teams and as a group, they toured the world competing on the FINA Open Water World Cup circuit.

The passion for triathlon burned inside though and he would regularly advise triathletes on their race plans, nutrition and training methods. As a part of the original PIS Team in triathlon, he himself completed the Port Macquarie Ironman. As an accredited coach with Triathlon Australia, John has coached beginners all the way to professional triathletes. In triathlon, he has coached both male and female athletes to qualify for the Kona Ironman World Championships, 70.3 World Championships (including an age group winner), Ironman 70.3 Malaysia age group winners and course record holder.