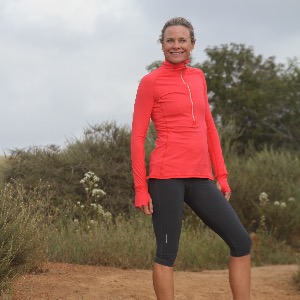 Susanne Davis TriCoachDavis.com
Have a Question? - Contact Me Contact Me
Coach Summary Meet Your Coach Contact
Coach Summary
Refund Policy
Plans are protected by our Refund Policy and may, with the author's approval, be exchanged for a plan of equal value from the same author.
Location

Sport Types
Services
Athlete Requirements
Must own a GPS watch or Heart Rate Monitor. Bonus if you have a power meter.
Meet Your Coach

Coach Susanne understands juggling schedules, work and personal goals to race feeling strong, confident and at your peak level of fitness. Her coaching style is enthusiastic, detailed, positive and supportive with fun challenging workouts! Whether you are training for your first triathlon, running event or an Elite athlete Qualifying for the Boston Marathon or the Ironman World Championships finishing with a personal best will result!

Susanne has 25 years of racing and coaching experience. She coached herself winning 8 out of 8 races in 2013. She recorded a 9:41 in Kona breaking the record for the Fastest American Amateur over 40 years old in the history of the Ironman World Championships! She brings out the inner Olympian in each person despite what your level of experience is. A 2000 Triathlon Olympic Trials contender herself and now guided a blind triathlete to a Gold Medal at the 2016 ITU World Cup in Japan and toward the road to Rio Paralympic games! Susanne started coaching because as a busy mom, business owner and competitive racer there were not programs that catered to the different strengths or weakness of each person. She has an understanding of the physical and mental demands that go into a successful program. She has competed in over 200 triathlons, Kona 7x, Master's National Triathlon Champion in 2013 & 2014 in the Olympic Distance, named 2013 Master's Triathlete of the year, 2015 Winner Ironman Canada 40-44 and the Ironman All World Athlete Champion 40-44. She lives in Carlsbad, CA and has a 10 yr and 15 yr old child with her husband Scott who are both from the midwest. She's an athlete on the Suunto Multi-sport Team, Manages BoomTriathlon Team, Head Coach for Santa Fe Christian Middle School Swim Team, coaches ISPE and local group brick sessions, swims, runs and rides in North County San Diego. www.boomtriathlon.com