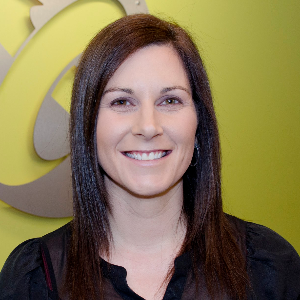 Aryn McLaren brings over 25 years of multisport experience to the table. Aryn has been a member of TEAM USA and an USAT All-American multiple years throughout her career. Aryn's coaching certifications include: USAT Level 1, US Masters Swimming Level 2, and USA Cycling Level 3.

Aryn is the founder of Trichievement Multisport Coaching and brings over 25 years of experience to the table. Aryn entered the sport of triathlon at the age of 12 when her father encouraged her to try a local Ironkids triathlon. After completing her first race she was hooked and raced in triathlons as often as she could! Those closest to her would say that she lives, breathes, and dreams triathlon (she even met her husband, a duathlete, during one of her weekly bike training rides). Aryn has enjoyed a long and decorated career, completing triathlons of all distances ranging from sprint to Ironman, earning USAT All-American status multiple years, and competed on Team USA in 2015.

Aryn enjoys coaching athletes with varying abilities, experiences, and goals. Aryn has helped athletes qualify for the USAT National Championships and has led athletes to personal best finishes at the Ironman and half- Ironman distance. Aryn has also introduced several new athletes to the sport of triathlon through a 12- week introductory triathlon training program. Aryn understands the time restraints of the busy age-group athlete and coaches in a efficient and effective manner to maximize athlete performance.

Aryn has a biology degree from Grand View University and a Masters of Public Health degree from Des Moines University giving her a strong understanding of human physiology, nutrition and behavior change and how each impacts triathlon training, recovery, and performance.