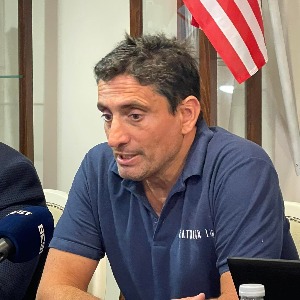 Giannis Psarelis Triathlon Lab Athens
Have a Question? - Contact Me Contact Me
Coach Summary Meet Your Coach Contact
Coach Summary
Refund Policy
Plans are protected by our Refund Policy and may, with the author's approval, be exchanged for a plan of equal value from the same author.
Location

Ha has more than 15.000 hours of face to face coaching experience and the last 13 years he is full time Triathlon Coach.

Started in sports back in 1977 (swimming and basketball) and Triathlon in 1990.
He was member of the Hellenic National Triathlon Team until 2001.

He has participated in more than 200 triathlon races and achieved over 150 podium places. He has also participated in many other related endurance events (running, swimming). He has completed more than 150 road running races (3km to 80kms)