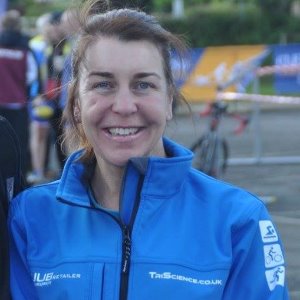 Marie Stansmore Triscience.co.uk
Have a Question? - Contact Me Contact Me
Coach Summary Meet Your Coach Contact
Coach Summary
Refund Policy
Plans are protected by our Refund Policy and may, with the author's approval, be exchanged for a plan of equal value from the same author.
Location

History:
I competed in my first Triathlon in 2010. My short term ambitions were to enjoy & complete a triathlon. Mid term to compete at a qualifying race. Long term to represent GB as an AG athlete. I was self coached & planned my own schedule that would allow consistency (through being injury free) and progression also challenging but achievable. As a result of this; these three aims were all achieved in 2010. I would like to use this experience to help individuals achieve their goals & be the best they can.
Prior to triathlon my involvement in sport began at the age of 14; swimming & athletics. England representation on both track & cross country & North East Region for swimming.