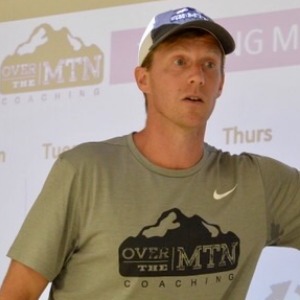 Lars Porter Over The Mountain Coaching
Have a Question? - Contact Me Contact Me
Coach Summary Meet Your Coach Contact
Coach Summary
Refund Policy
Plans are protected by our Refund Policy and may, with the author's approval, be exchanged for a plan of equal value from the same author.
Location

Over The Mountain Coaching is a triathlon/running coaching service based out of Birmingham, AL. Beginner to elite athletes are welcome to join our programs that range from customized plans that are implemented individually to dynamic training plans that grow with the athlete's development. Regardless our mission is the same: we want to take you from where you are to where you want to be.

Lars Porter is a Birmingham native who has coached distance running ever since his collegiate running career ended. Serving in positions that include Birmingham-Southern College XC Head Coach, Homewood HS Director of Distance Running, and Mountain Brook HS Associate Head Coach, he has led teams six straight boys cross country team state championships, one girls team state championship, and four girls state runner-ups. In addition to the cross country titles, Porter’s work with the distance runners contributed to thirteen track and field team state championships and seven runner-ups that includes eight athletes earning thirty individual state titles, nine 4x800 state championship titles, and thirty athletes to receive All-State recognition. Two athletes were also recognized as the Gatorade Player of the Year in cross country, a title reserved for the top high school athlete in the state. While Lars is proud of these many accomplishments, his true passion is athlete development. Whether it is run coaching or triathlon coaching, he believes that with the right support and direction everyone can improve. His hope is to help as many people as possible realize their goals.
Lars Porter has USATF Level 2 coaching credentials in Endurance as well as USAT (Triathlon) Level 1 coaching credentials. He is also a USATF Level 1 Instructor.