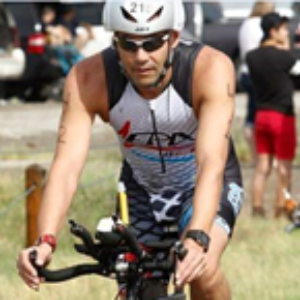 Coach Marc Arellano Pinnacle Tri Coaching
Have a Question? - Contact Me Contact Me
Coach Summary Meet Your Coach Contact
Coach Summary
Refund Policy
Plans are protected by our Refund Policy and may, with the author's approval, be exchanged for a plan of equal value from the same author.
Location

I approach coaching as a means to working with athletes of all ability levels in developing their individual talents to excel in all elements of fitness. The application of versatile methods to increase stamina, agility, strength, power, and mental toughness are my number one goal in order to assist athletes achieve their aspirations. Whether you need help training for your first triathlon,or achieve the Ironman 140.6 distance; Pinnacle Tri Coaching is ready to meet your training needs.
​

USAT Level I Certified Coach with over 14 years of competing in all triathlon distances (Sprint, Olympic, half Ironman 70.3 and full Ironman 140.6). Marathons and Ultra-Marathon.