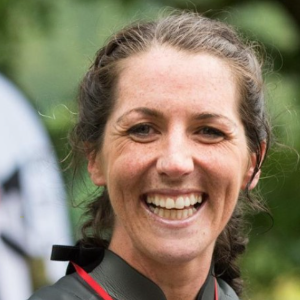 Samantha Anderson Tri Energy
Have a Question? - Contact Me Contact Me
Coach Summary Meet Your Coach Contact
Coach Summary
Refund Policy
Plans are protected by our Refund Policy and may, with the author's approval, be exchanged for a plan of equal value from the same author.
Location

Sport Types
Services
Athlete Requirements
I don't have any specific athlete requirements other than a can-do approach and a willingness to embrace new things.
Meet Your Coach

I am a Level 3 British Triathlon Coach and a keen triathlete myself. I am founder of Tri Energy, a triathlon club in Worcestershire, and have won various awards for my coaching including:

I have coached athletes to World AG podiums, IRONMAN finish lines and also worked with many beginners.

My triathlon journey started in 2009 as an ambitious beginner. By 2013 I had been crowned British and European Age Group Champion and had dabbled in a few elite super series races.

In 2014 I established Tri Energy and for the last 6 years have been coaching a range of athletes towards their own goals. I absolutely love getting to know my athletes and understanding what drives them and I use this athlete/coach relationship to keep driving, challenging and supporting the athletes I work with. No two athletes are ever the same and so I thrive on working around constraints and barriers to find a plan that allows the athlete to flourish and achieves their dreams.

I work in a holistic way meaning it's really important to me to find a pathway that will ensure success; taking into account family and work constraints as well as other issues. Whatever your goal, I'd love to hear from you.