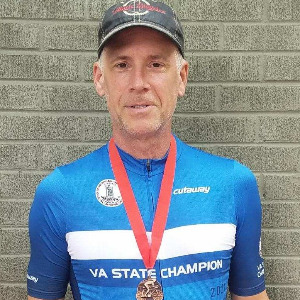 Todd A. Roberts TR3 Coaching
Have a Question? - Contact Me Contact Me
Coach Summary Meet Your Coach Contact
Coach Summary
Refund Policy
Plans are protected by our Refund Policy and may, with the author's approval, be exchanged for a plan of equal value from the same author.
Location

Sport Types
Services
Athlete Requirements
I work with all athletes however athletes using HRM or PowerMeter data is quite helpful!
Meet Your Coach

Effective but enjoyable endurance sports fitness and health concerns planning, focus, vision and the ability to dream. Understanding these needs as they are conveyed is critical to the facilitation of their success. Todd believes that understanding what is needed and what is the required outcome will reveal the pathways necessary for success. Listening is critical, planning is necessary, and success is immanent.

Todd Roberts has been involved in competitive sports from childhood and only reached peak performance well into his 30’s. While juggling a professional career as an architect and land planner, he grew to the elite level of competitive cycling domestically and abroad. In his sporting exploits, he has developed focus, tactical sensibility and self cognizance. While relatively late in his cycling career, he raced in France, fulfilling a lifelong dream, earning a small professional contract. Racing with and competing against athletes almost half his age, his performances surpassed his dreams. His domestic and European racing experiences, formal coaching education and mentorship program have helped him develop his love of guiding others to experience peak health and fitness in pursuit of their dreams.