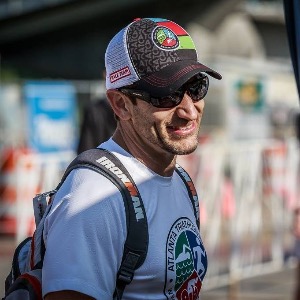 Tim Myers Energy Lab
Have a Question? - Contact Me Contact Me
Coach Summary Meet Your Coach Contact
Coach Summary
Refund Policy
Plans are protected by our Refund Policy and may, with the author's approval, be exchanged for a plan of equal value from the same author.
Location

Energy Lab provides education and training for athletes of all types – from weekend warriors trying to get in shape, to elite athletes at the highest levels in triathlon, cycling, and running.
Our primary service offerings include power based cycling classes, triathlon and endurance coaching & education, and group swimming lessons & training.
Energy Lab is built for athletes by athletes. Come Learn, Train, and Perform your best with us. Find us at http://energylabatl.com.

Tim is a Partner, General Manager and Coach of Energy Lab and Atlanta Triathlon Club. His certifications include USA Triathlon Level II Endurance Coaching, USA Triathlon Level II ParaTri Coaching, USA Cycling Level 3 Coaching, TrainingPeaks Level 2 Accredited Coach, Road Runner Club of America Adult Distance Running Coach and CPR, First Aid & AED.
He is a six time Ironman 70.3 World Championship Qualifier and finisher, five time Ironman All World Athlete and a two time USAT All American. In the 2015 USAT Rankings he was ranked 5th in the SE, and 2nd in the state for his age group. His favorite distance is the Ironman distance, completing thirteen and finishing in the top ten of his age group at the 2015 Ironman Chattanooga.
Tim also lends his legs to others. He is very active with the Kyle Pease Foundation. He assists persons with disabilities compete in triathlons, marathons and other races. He has completed an Ironman relay, Ironman 70.3, marathon and many other races in the last few years with this organization.
Tim has competed in endurance sports since 2006. He brings his 16 years of experience in coaching to inspire, motivate and help others achieve their goals.