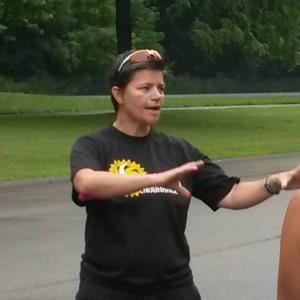 Suzanne Atkinson Steel City Endurance, LTD
Have a Question? - Contact Me Contact Me
Coach Summary Meet Your Coach Training Plans Contact
Coach Summary
Refund Policy
Plans are protected by our Refund Policy and may, with the author's approval, be exchanged for a plan of equal value from the same author.
Location

Coaching philosophy: "We are capable of more than we think we are."

Working with Outward Bound Wilderness taught me that we can push ourselves far beyond our preconceived physical and emotional limits. Suzanne excels at both technical instruction in swim, run & cycling skills as well as exercise science & evidence based periodized training for maximum performance.

Suzanne is a board certified Emergency Medicine physician, as well as a Triathlon, Cycling and Swimming coach in Pittsburgh, PA. She founded Steel City Endurance, LTD in 2006 with a desire to teach both technical skills as well as fundamental training principals to triathletes, cyclists and endurance athletes including mountaineers.

As a coach Suzanne travels and coaches at triathlon and swimming specific camps, and has had worked as assistant coach with Bobby McGee and directed camps & clinics featuring Terry Laughlin, Mark Allen, Ivan O'Gorman & Jay Johnson.

While she loves coaching elite athletes, she also excels at teaching fundamental skills that are a pre-requisite for performances both at the beginner as well as elite levels.

Preferred Athlete Levels
Advanced, Professional
Training Plans
Showing 3 of 10 plans View all plans
Plan Level Guarantee
Plans are protected by our Refund Policy and may, with the author’s approval, be exchanged for a plan of equal value from the same author.
View all plans
Have a question? Contact me.