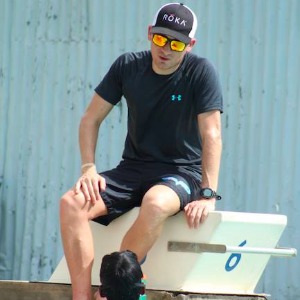 Steven Brandes Inside The Big Ring
Have a Question? - Contact Me Contact Me
Coach Summary Meet Your Coach Training Plans Contact
Coach Summary
Refund Policy
Plans are protected by our Refund Policy and may, with the author's approval, be exchanged for a plan of equal value from the same author.
Location

Steve's coaching philosophy is based on keeping every aspect of training and racing as simple as possible. With many moving parts to triathlon, having a coach that keeps you from being overwhelmed is essential. Steve's forte is addressing mechanical and psychological roadblocks that limit the athlete's potential. Through the athlete's feedback and fitness evaluations, Steve develops a sound plan that addresses the athletes' strengths and weaknesses.

Steve has also worked for the two largest coaching companies in the US, Carmichael Training Systems and Life Time Fitness. In these positions; Steve presented weekly lectures to developing triathlon coaches and instructed at cycling/triathlon camps. Steve spent countless hours in the A2 Wind Tunnel working with athletes on optimizing their bike fit and equipment choices.