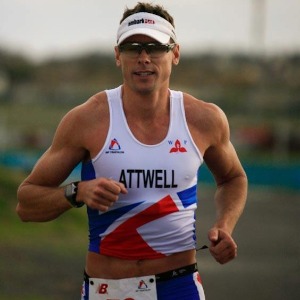 STeve Attwell Embark Tri
Have a Question? - Contact Me Contact Me
Coach Summary Meet Your Coach Contact
Coach Summary
Refund Policy
Plans are protected by our Refund Policy and may, with the author's approval, be exchanged for a plan of equal value from the same author.
Location

We specialize in group training and working with beginners to intermediate athletes. You will learn EVERYTHING about being a complete triathlete in a fun and social way, while getting fitter and healthier on a weekly basis. If you have a goal, we have a solution.

STeve’s passion for all things triathlon was sparked while working in the UK as a product specialist for Nike, overseeing group training across London for Nike’s popular annual 10km ‘Run London’ events. After competing in a number of triathlon, duathlon and cycling events in England, with two London marathons under his belt, he decided to move to sunnier climes and pursue his love for the sport in Cape Town.
STeve represented the South Afrian Duathlon team in France 2013. He has also competed at the World Triathlon Champs in Switzerland (2007) and Germany (2008), and is an annual Western Province representative at both SA duathlon and triathlon champs. This year he completed his second Ironman.
In addition to being a certified IRONMAN coach, and a TSA accredited Level 2 Triathlon coach, STeve is also Chairman of the ATC Multisport, a multisport club he set up with a fellow triathlete in 2006, which is now South Africa’s largest club with an impressive 850 members. ATC prides itself on attracting new and beginner athletes to the sport, whilst at the same time having some of South Africa’s top multisport athletes as members. Click here for further information www.atcmultisportco.za
Realising that triathlon can be an intimidating sport for beginners, Steve set up ‘Embark’ in 2010, specifically to coach and mentor beginner athletes and give them the confidence to become triathletes.
You can follow steve on twitter on @atlanticsteve