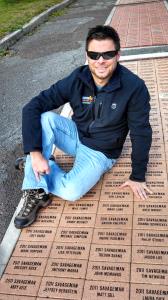 Don Larkin Steel City Endurance
Have a Question? - Contact Me Contact Me
Coach Summary Meet Your Coach Contact
Coach Summary
Refund Policy
Plans are protected by our Refund Policy and may, with the author's approval, be exchanged for a plan of equal value from the same author.
Location

Despite a history of youth and high school athletics, a desire to tackle the sport of triathlon since I was a teenager, and active involvement in alpine skiing, volleyball, and strength training my entire adult life, I didn’t race my first triathlon until the age of 37.
I was instantly hooked and completed five races in my first year. Over the next four years, I volunteered as a mentor for Team in Training and completed approximately 25 more triathlons of every standard distance. During this time, I was fortunate to be mentored by two coaches who were accomplished endurance athletes with a couple hundred finishes behind them, including multiple Ironman races, European mountain bike races, the Boston Marathon, and numerous podiums.
In 2010, I began volunteering as an assistant coach for my son’s high school swim team. Here I built on my experience as a high school swimmer by asking endless questions of the head coach.
After spending the first 21 years of my professional life in the world of construction management, it was time for a career change in 2010. I became a Certified Personal Trainer through the National Strength & Conditioning Association. I soon found that the coaching style of management I’d employed during my first career was an asset in my new one.
At the encouragement of Team in Training’s coaches, I decided to add multi-sport coaching to the services I offered, and became a certified Level 1 Coach through USA Triathlon in the fall of 2011.