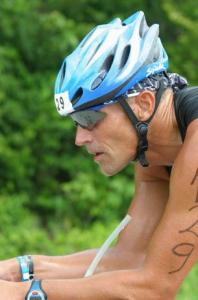 Frank Senders Stapsport
Have a Question? - Contact Me Contact Me
Coach Summary Meet Your Coach Training Plans Contact
Coach Summary
Refund Policy
Plans are protected by our Refund Policy and may, with the author's approval, be exchanged for a plan of equal value from the same author.
Location

Over the past 30 years, I have coached athletes and teams to multiple National, European, World and even Olympic Championship titles. This in a variaty of disciplines like Triathlon, Marathon, Trail Running, Road, MTB and Cyclocross. I have worked with all levels of individual racers from novice to professional.
So if you need a coach to inspire you and to achieve your goals! Get in contact with me. Kind regards, Coach Frank

Frank is owner of Stapsport.com. Who has been training and competing in triathlons since early 80’s. Frank successfully finished 37 Ironman races.He studied exercise physiology, sports nutrition and biochemistry, he also holds coaching certificates for several endurance sports. He is one of the few Coaches that holds the prestige’s level Top Coach 5.
Frank coaches athletes of any level – specializing in endurance sports.There were many personal successes but also National titles, European titles, World titles yes even Olympic titles. For instance Marc Herremans (triathlon), Bart Aernouts (World Champion Cyclocross 2000), Kevin Pauwels (World Champion Cyclocross 2001, 2004), Yvonne van Vlerken (European and World Champion Duathlon 2006 2006 – 1st Triathlon Roth World best time 8.57.54) and many others.Frank also works freelance for Tacx (tacx.com) and writes articles for Bike Freak Magazine every month. So if you need a coach to inspire you and to achieve your goals! Coach Frank

Preferred Athlete Levels
Beginner, Intermediate, Advanced, Professional
Training Plans
Showing 3 of 18 plans View all plans
Plan Level Guarantee
Plans are protected by our Refund Policy and may, with the author’s approval, be exchanged for a plan of equal value from the same author.
View all plans
Have a question? Contact me.