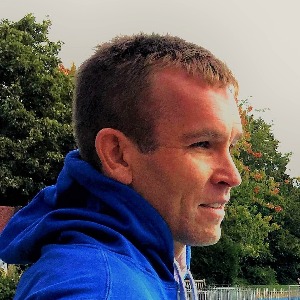 Nick de Meyer Speedy Swimming
Have a Question? - Contact Me Contact Me
Coach Summary Meet Your Coach Coach Package Pricing Training Plans Contact
Coach Summary
Refund Policy
Plans are protected by our Refund Policy and may, with the author's approval, be exchanged for a plan of equal value from the same author.
Location

Sport Types
Services
Athlete Requirements
A Garmin hrm or similar, a power meter for cycling would be very beneficial for analysis but isn't mandatory
Meet Your Coach

At Speedy Swimming we follow an athlete centred approach to coaching, and a polarised approach to training you successfully to reach your training and racing goals.

Nick has been a competitive Triathlete since 1991, starting as a junior at East Grinstead Triathlon Club, and has since raced at all distances from sprint to Ironman, including Ironman Switzerland and Austria. He was 3rd at the Windsor Triathlon in his age group in the sprint distance, and also consistently placed in the top 10 for his age group at Olympic distance triathlons. Other events he has done are adventure racing, orienteering, the 700km Cycle the Raid Pyrenean, Hot Chillee cycling events, Gorrick mtb races & Xterra triathlons.

He has helped triathletes of all levels from beginner, to advanced, to qualifying and competing at events such as the ITU World Championships, World Duathlon champs, 70.3 and Full Distance triathlon championships.

He has been open water swim coaching for 12 years, and coaching athletes online for 15 years. He has had many articles published in 220 Triathlon, Triathlete Europe, The Cyclist, Cycling Weekly and more recently H20 Open Swim magazine, and Training Peaks.

My aim is to help athletes achieve their personal best with a combination of improving their technique economy and efficiency and to help them be prepared in the best possible way for their chosen event.

Individual Services
Training Plans
Showing 3 of 95 plans View all plans
Plan Level Guarantee
Plans are protected by our Refund Policy and may, with the author’s approval, be exchanged for a plan of equal value from the same author.
View all plans
Have a question? Contact me.