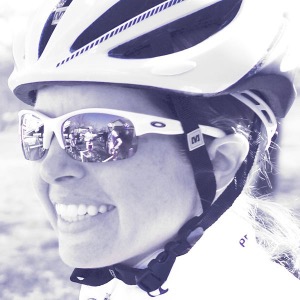 Anna Sparks Sparks Systems
Have a Question? - Contact Me Contact Me
Coach Summary Meet Your Coach Contact
Coach Summary
Refund Policy
Plans are protected by our Refund Policy and may, with the author's approval, be exchanged for a plan of equal value from the same author.
Location

Please feel free to contact us directly at info@sparkssystems.net for more information.

Anna Sparks has been working as a personal coach for over six years. Anna is remarkably qualified for a science-based approach to coaching and has an undeniable genuine desire to help athletes realize their full potential. Anna’s impressive athletic resume began with the Ole Miss Rebels Soccer Team at the University of Mississippi where she also received a B.S. degree in Exercise Science and Master’s degree in Exercise Physiology. She began dabbling in cycling and triathlon in 2004 after her collegiate soccer career. She realized her talent on the bike and transitioned to competitive cycling in 2009 and currently races professionally on a UCI women's road team, Visit Dallas DNA Pro Cycling. In addition, she competes in several endurance mountain bike events around Arizona.

Anna was a graduate assistant strength and conditioning coach for the Ole Miss Rebels athletic department while completing her master’s degree. During this time, Anna also completed an internship in strength and conditioning at Auburn University working with Olympic swimmers. After completing her master’s degree she became the assistant soccer coach at The University of Arkansas and spent four years coaching the Lady Razorback Soccer Team. She moved to Phoenix, AZ in 2008 to join the Arizona State Sun Devils as the assistant soccer coach and also worked for 4 years as a personal coach for Sigma Coaching before starting Sparks Systems in 2015.