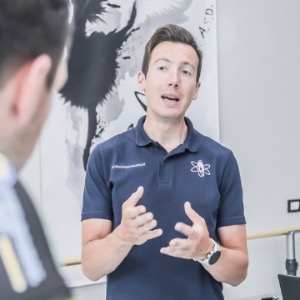 Simone Casonato ScienceOfCycling Italia
Have a Question? - Contact Me Contact Me
Coach Summary Meet Your Coach Contact
Coach Summary
Refund Policy
Plans are protected by our Refund Policy and may, with the author's approval, be exchanged for a plan of equal value from the same author.
Location

Established in late 2000s, SoC Italia provides different high-level services for cyclists, triathletes and runners. From amateurs to Pro riders, we developed power or hr-based programs for specific events or periods, season planning, data reviews of files on a different amount of time, consultations.
We have a lab in Milan.
Our experience in the cycling world include some Pro Teams such as Bardiani CSF, Gazprom Rusvelo, but also female coaching with All BTC Ljubiana and UAE Team for 2022.

Simone is the Head of Performance at ScienceOfCycling Italia; he's a sport scientist and his experience as training coach included amateurs, ironman finishers and Pro Tour cyclists in both male and female world (he won 4 stages at Giro d'Italia in 2013 and 2014 with Bardiani CSF Pro Team, and 56 pr races overally during his career), several triathletes (2 70.3 IM AG world champions) ad amateurs worldwide.

He worked several years with Pro Teams like Bardiani CSF and Gazprom Rusvelo. Actually he's coach of UAE Team in the world tour and Biesse Carrera for Under23 and Pro continental.