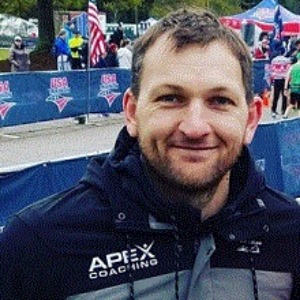 Simon Bennett APEX Coaching & Consulting
Have a Question? - Contact Me Contact Me
Coach Summary Meet Your Coach Contact
Coach Summary
Refund Policy
Plans are protected by our Refund Policy and may, with the author's approval, be exchanged for a plan of equal value from the same author.
Location

Coaching Endurance Athletes Worldwide for over 12 years, Simon began his athletic career as an Elite Level swimmer, in his home country of Australia. After training for several years at the High Performance Center in Melbourne, Australia he was asked to start coaching after his coaches noticed his attention to detail and focus on technique. He began coaching developmental swimmers and triathletes, which saw many chosen to State and National teams. After discovering a love for cycling, Simon came to the U.S. as a professional cyclist. He was part of a 8 man crew which broke the World Record in RAAM and he also held a World Record for the fastest ascent up Mt. Kilimanjaro for a person with Diabetes.

Simon has coached athletes of all abilities on 4 continents. His athletes have won Gold medals on the road and track in the Rio and Tokyo Games. Athletes have achieved 8 Gold Medals,1 Silver Medal, 39 World Championships, 76 National Championships and numerous National Records in Cycling, Track Cycling, Paracycling, Triathlon, XTERRA and Swimming.

Simon's attention to detail and emphasis on prehab and strength for injury prevention coupled with his belief that every workout should have a purpose beyond ticking a box or logging duration have gleaned results for both the athlete and coach. His coaching philosophies ensure that a happy and healthy athlete takes the start of their goal event and the athlete has confidence in their training to execute well on race day and beyond.