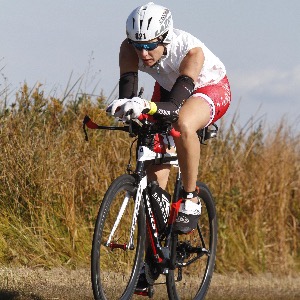 Symantha Reenders Precision Sports Coaching
Have a Question? - Contact Me Contact Me
Coach Summary Meet Your Coach Contact
Coach Summary
Refund Policy
Plans are protected by our Refund Policy and may, with the author's approval, be exchanged for a plan of equal value from the same author.
Location

Symantha has been competing in running, triathlon and adventure races since 1998 and has been coaching athletes of all levels for the past 12 years. Her athletes have consisted of beginners who want to finish their first 5k or sprint triathlon as well as seasoned and elite athletes who are highly competitive and have big goals of qualifying for Kona, Nationals/Worlds, or Boston.

Athletically, Symantha began running track in high school to improve her conditioning for basketball. She enjoyed a very successful college basketball career as a 2-time first team All-American and returned to running after college. An avid runner and cyclist, Sam has competed in dozens of marathons, triathlons and adventure races, and ran the 2015 Boston marathon. Her Triathlon resume includes numerous sprints, Olympic, Half Iron distance, Beach 2 Battleship full distance and Maryland Ironman in 2014 and 2015. In August of 2016 she competed in the USAT Olympic distance nationals in Omaha, NE. As a college athlete, runner and competitor, she truly understands the needs, challenges, and desires of runners and endurance athletes.

Her coaching is always very individualized and each athlete's training plan is built specifically to their goals, life demands, and body's response to recent training.