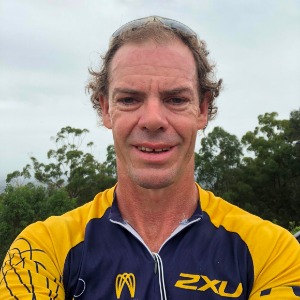 Glenn Sadler Sadler Coaching
Have a Question? - Contact Me Contact Me
Coach Summary Meet Your Coach Contact
Coach Summary
Refund Policy
Plans are protected by our Refund Policy and may, with the author's approval, be exchanged for a plan of equal value from the same author.
Location

My desire is to empower others to lead their best life through sport. Sadler Coaching is a family business that offers on-line training packages, technique analysis, race preparation advice, one-on-one coaching and more.
My specialty areas include:

Since 2004, I’ve been involved in triathlon and have represented Australia in both triathlon and duathlon events as an age grouper. I am well versed in many types and forms of racing within the three disciplines. Life has had its challenges for me being a father of 6 children and working full time on a rotational shift basis. Even through this, I have succeeded to become a State and National age group duathlon champion. I also have had the opportunity to train in Thailand which allowed me to develop skills in handling high humidity and temperatures. This then led to having a multitude of successful races in Thailand. I'm passionate about helping my clients break through the obstacles that seem to be holding them back in sport and in life so that they too can achieve their goals. Life's too short to be unhappy and unfulfilled, not living to your potential. Some of my achievements include: