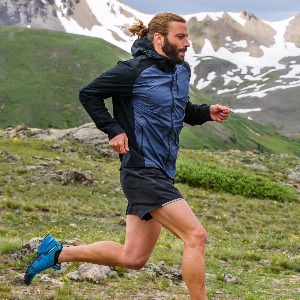 Chad Weller Weller Endurance Running
Have a Question? - Contact Me Contact Me
Coach Summary Meet Your Coach Contact
Coach Summary
Refund Policy
Plans are protected by our Refund Policy and may, with the author's approval, be exchanged for a plan of equal value from the same author.
Location

Chad Weller (Coach Weller) develops personalized training programs tailored to your specific running and life goals. His tested methodologies and one-on-one coaching packages not only enhance your fitness but also optimize your overall wellbeing, incorporating self-awareness and mindfulness practices. With a passion for running and a life well lived, Coach Weller has motivated thousands around the world since 2000, and is ready to transform your running and overall life experience as well.

Chad Weller embodies passion, perseverance, and a competitive drive like few others. Not only does Chad compete in rigorous athletic events, running up to 100 miles at a time, but he also has proven results, winning his age group in the Florida Everglades 50-Mile in 2014. Growing up, Chad participated in a diverse array of sports, from soccer to baseball to basketball, yet never liked running.
. Nutrition and Business Major at The Ohio State University, Chad took an early morning running class, and given the size of the campus grounds, began running between classes. Second, following college, Chad moved to Milan, Italy, where he worked as a model. Exploring the historic city on foot, he reconnected with running, taking in the city the way he had The Ohio State campus.

Returning to the US, Chad made Miami, Florida his home, and ran his first race: a 5K. Rekindling his competitive spirit, he realized how good running made him feel, and soon after completed a series of 10k races. Chad then entered half-marathons, followed by a 20k in his native state of Ohio. The natural progression led Chad to full marathons, until in 2010 he completed in his first 50k race in San Francisco, CA.

Chad has pursued wilderness-based ultra-marathons, seeking out destination races around the world. In fact, Chad has now competed in over 200 races, not only in the US, but also in Thailand, France, Guatemala, Argentina, and Chile.