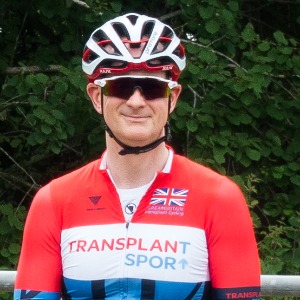 Rich Smith RideFast Coaching
Have a Question? - Contact Me Contact Me
Coach Summary Training Plans Meet Your Coach Contact
Coach Summary
Refund Policy
Plans are protected by our Refund Policy and may, with the author's approval, be exchanged for a plan of equal value from the same author.
Location

Sport Types
Services
Athlete Requirements
I currently coaching 50/50 male and female riders both locally and internationally.
Training Plans
Showing 1 of 1 plans View all plans
Plan Level Guarantee
Plans are protected by our Refund Policy and may, with the author’s approval, be exchanged for a plan of equal value from the same author.
View all plans
Meet Your Coach

I'm a British Cycling (UKCC) qualified Level 3 Road and Time Trial coach and a Level 2 Track coach based in the UK.
I have completed the UKSCA Foundation course in Strength & Conditioning and the British Cycling 'Understanding Power' workshop.
As a mature student, I am half way through a Psychology degree with the Open University.
I prescribe coaching principally to individual amateur cyclists and triathletes nationally and internationally.

I'm a British Cycling (UKCC) qualified Level 3 Road and Time Trial coach and a Level 2 Track coach. The pathway to my coaching experience and qualifications started in 2009 alongside my professional career where I worked in senior managerial position for Barclays, HSBC, British Waterways and National Grid Property.

I coach both male and female riders locally, nationally and internationally. I have been involved in British Cycling's Regional and National schools of racing helping some of the very best young riders realise their potential. I have led structured training camps in Mallorca since 2009.

​I have coached the Great Britain Transplant Cycling team since 2009 and I have competed internationally with them since 1999. I have 7 world road race titles and 8 world time trial titles to my name including the fastest recorded 5km in World Transplant games history set in Nancy, France in 2003. I added a team time trial gold medal in Newcastle, UK in 2019. I compete as a 3rd Cat road racer, a regular time trialist and track rider.

My aim as a coach is to get the most out of you as a rider irrespective of age, status, sex or category and, ultimately, to help you achieve your goals.