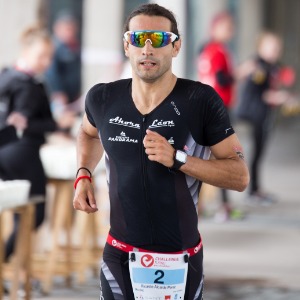 Ricardo Alcalde Perez HighPeaks Training
Have a Question? - Contact Me Contact Me
Coach Summary Meet Your Coach Coach Package Pricing Contact
Coach Summary
Refund Policy
Plans are protected by our Refund Policy and may, with the author's approval, be exchanged for a plan of equal value from the same author.
Location

Ricardo Alcalde is a triathlon coach from Spain who counts with a big experience in triathlon (and swimming) as athlete and coach, having the highest academic formation in the field.

Ricardo counts with elite (World Triathlon and Half Distance) and AAGG triathletes (from all the distances) in his project. Whatever your goal is, he´ll help you in your way to become a better athlete.

Ricardo counts with a big experience and formation in triathlon, between what stands out:
Bachellor in Sciences of Physical Activities and Sports (University of León, Spain) with Swimming High Performance Specialization.
Bachellor in Teaching: Physical Education (University of León, Spain)
Coach Level III by the Spanish Triathlon Federation (FETRI)
World Triathlon Coach L2 by the World Triathlon

After his bachellor in Sports Sciences, Ricardo worked as Assistant Coach in the Netherlands where he took the experience of working with elite national and international swimmers and he has also worked with the Lithuanian Triathlon Federation.
Nowadays, Ricardo is the director of the HighPeaks Squad. He counts with an young elite group preparing for racing in ITU (World Triathlon) races and an AAGG group who take advantage of his knowledge in triathlon for enjoying and improving their process of training.