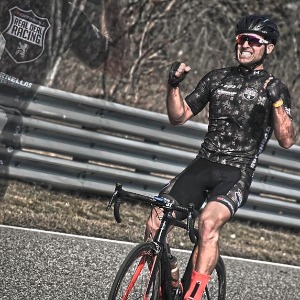 Ed Veal RealDeal Racing
Have a Question? - Contact Me Contact Me
Coach Summary Meet Your Coach Contact
Coach Summary
Refund Policy
Plans are protected by our Refund Policy and may, with the author's approval, be exchanged for a plan of equal value from the same author.
Location

I have been a cycling coach for more than 10 years now and I'm very happy to say I still love it as much as I did on day one. I truly feel like I have found my dream job. I have enjoyed a lot of success on the bike and so have my athletes. I want to share what I have experienced racing and coaching over the years as much as I possibly can. I have been a Canadian National Team member since 2014 as part of the men's track endurance program and now as a tandem pilot with the para- program. Some of my accomplishments include - 2 X National champion and multi time provincial champion on the track. Bronze medalist at the 2015 Pan-Am games here in Toronto. Canadian hour record holder. World 40-44 hour record holder, World cup gold medalist, Canadian 24 hr distance record (738.5kms) and Guinness World record holder and Zwift 24 distance record holder (952kms) I have been racing at the Pro-1-2 level for over 10 years racing all over North America, Belgium, England, Scotland, Ireland, France, New Zealand, Holland, Mexico, Columbia, Chile, Luxembourg just to name a few :) and have enjoyed considerable success including being the elite men's Ontario cup road series champion in 2010, 2012, 2013, 2015, 2016 and again in 2018. Provincial TT champion in 2017 and 2019. Just set the Canadian record in the Kilo on the tandem with my stoker Lowell Taylor at the Para-World Championships held in Milton Ontario!