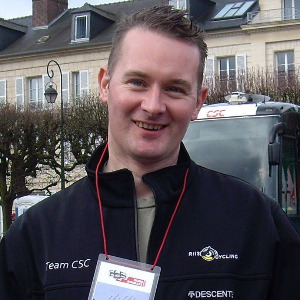 Guy Watson PowerCoach
Have a Question? - Contact Me Contact Me
Coach Summary Meet Your Coach Contact
Coach Summary
Refund Policy
Plans are protected by our Refund Policy and may, with the author's approval, be exchanged for a plan of equal value from the same author.
Location

In 15 years as a Trainer & Coach, I have worked with all levels of cyclist from youth beginner to professional. My speciality is Track Endurance but I also coach & train riders for Sportives, Road Racing, TT & Track Sprint.

Club level racer back in the day with some international race experience. Part time elite level coach and a full time Risk Consultant for global corperate clients such as Ford & JLR