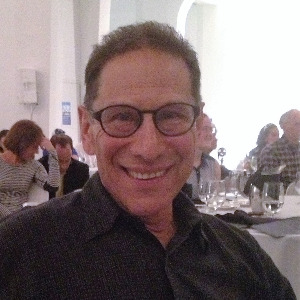 Charles Perez CP Fitness and Training
Have a Question? - Contact Me Contact Me
Coach Summary Meet Your Coach Contact
Coach Summary
Refund Policy
Plans are protected by our Refund Policy and may, with the author's approval, be exchanged for a plan of equal value from the same author.
Location

Charley Perez has been a USAT Certified Coach since 2004. He has provided coaching for the Leukemia and Lymphoma's Team in Training program as well as with advanced age group athletes. With a Doctorate in Psychology and years of competitive racing as a runner, triathlete and more recently, cyclist, Charley hopes to assist you in attaining the highest fitness level you can and to provide customers all the support and structure they need to accomplish their athletic goals.

Charley Perez brings many years of experience in working with people to his coaching approach. He began his professional career as an elementary school teacher while serving as a volunteer in the Peace Corps, With a doctorate in psychology, Charley has worked with children and families as an elementary school counselor, psychotherapist, protective services social caseworker, mental health clinical supervisor. Charley currently is the founder of the Rocky Mountain Triathlon Club and is the owner of CP Fitness & Training; coaching athletes at all levels of fitness.  He has been a life long runner, and ran for Wichita State University. In 1993, Charley began competing in triathlons. He qualified for the 2003 Triathlon World Championships in Kona, Hawaii, where he placed second in the 55-59 age group division. Triathlete Magazine as well as the United States Triathlon Association (USAT) has ranked Charley with top honors in his age division. He and his wife, Patty Loyd, have been married over 35 years. They moved to Colorado in 1976 and love living in Colorado and the Denver area. The city and state fits their lifestyle to a tee.