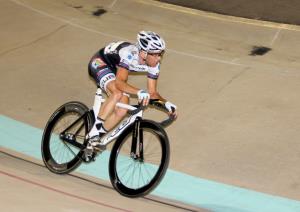 Colby Pearce Poursuivant LLC
Have a Question? - Contact Me Contact Me
Coach Summary Meet Your Coach Contact
Coach Summary
Refund Policy
Plans are protected by our Refund Policy and may, with the author's approval, be exchanged for a plan of equal value from the same author.
Location

Offering coaching programs for riders of all levels in road, track, mountain bike and cyclocross. Plans range from full time, one on one coaching including regular feedback and file analysis, to part time "hands off" style program, depending on what the athlete needs.

One of 6 Steve Hogg certified bike fitters in the world, since 2012.

Colby Pearce has been coaching since 2005. He is a USAC certified Level 1 coach and has worked with the US National Team (as track endurance coach from 2005-2007), University of Colorado Cycling Team Coach (2010-2011), and worked for the Garmin-Sharp Professional Cycling Team as a member of the Sports Science program in 2014. Pearce is a Steve Hogg certified bike fitter, completing his month long training with Steve in Sydney in February 2012.

Colby has raced since 1988 and rode professionally in the US from 1996-2004. He was a member of the US Track Team for a decade and won medals and titles in Pan Am Championships, Pan Am Games, Track World Cups, and raced as a professional six day rider for 4 seasons. Colby represented the US at the 2004 Olympics (Athens) in the 40KM points race. In addition to track and road, he has raced mountain bike cross country and stage races, and cyclocross.