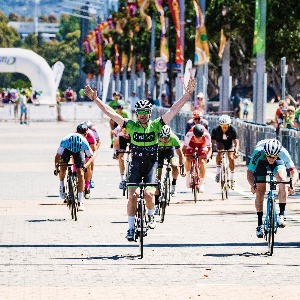 Park Bikes Park Bikes at Sydney Olympic Park
Have a Question? - Contact Me Contact Me
Coach Summary Meet Your Coach Contact
Coach Summary
Refund Policy
Plans are protected by our Refund Policy and may, with the author's approval, be exchanged for a plan of equal value from the same author.
Location

We draw on over 40 years of international racing experience to bring you strategic, measured individual training programs for anyone who is committed and motivated to do the work.

Richard Lang
Richard has been a UK Cycling Professional for a number of years and knows what it takes to compete at the top. He has raced all over the world on both the track and road, in events ranging from the World Championships to the Tour of Britain. He loves all that is cycling and has a real passion for coaching and nutrition.

Nash Kent
Nash has been part of the bike industry since 1995. He has represented NSW and Australia in road cycling and won state medals in road, track and MTB. Nash is an active member of Cycling Australia, Parklife Cycling Club, and Bicycle NSW. He is a Cycling Australia Level 1 Coach, the Head Coach of both the Western Sydney Academy of Sport, and Parklife Cycling Club. He is also the coach and mechanic for the NSW junior road team, and the Director of Park Bikes at Sydney Olympic Park.