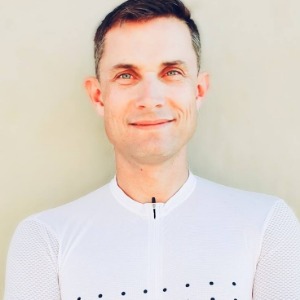 Dion Guy Pain Cave Coaching
Have a Question? - Contact Me Contact Me
Coach Summary Meet Your Coach Training Plans Contact
Coach Summary
Refund Policy
Plans are protected by our Refund Policy and may, with the author's approval, be exchanged for a plan of equal value from the same author.
Location

Dion is a qualified exercise physiologist and has been racing bicycles since the early 2000's, first starting out as a professional triathlete before moving into road cycling and mountain biking. He now finds his enjoyment in ultra distance cycling, where he races competitively and guides athletes to their best performances.With his degree and past performance he has the ability to apply the science to training. He is also the founder of the Pain Cave cycling performance centers in South Africa.

Dion Guy is a qualified exercise physiologist, competitive athlete and coach, with an extensive background in training and researching endurance athletes.

He is the founder of the Pain Cave cycling centers and co-founder of Mental Works. Mental Works is an integrated coaching approach that brings together the best of sports psychology and exercise physiology to train your mind and body simultaneously for improved performance.

As a former professional triathlete, and currently an accomplished ultra-endurance cyclist, Dion has developed an understanding of sport performance and the mental grit required to excel at the highest level.

Using his background in exercise physiology and mental training techniques, he has improved the “Suffer-ability” of numerous world class athletes.

"Coaching is about so much more than simply writing training plans, no matter how accurate and detailed they may be. Coaching is about developing relationships with people and finding out what it will take to bring the best out of them. Only then can the coach help the athlete grow. A good coach will as a priority, educate the athlete and explain what is happening on a physiological level so that every single training session actually means something"