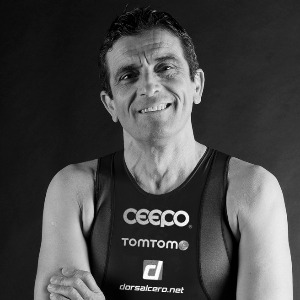 Pablo Cabeza pablocabeza
Have a Question? - Contact Me Contact Me
Coach Summary Meet Your Coach Contact
Coach Summary
Refund Policy
Plans are protected by our Refund Policy and may, with the author's approval, be exchanged for a plan of equal value from the same author.
Location

Throughout 30 years of our own performance in resistance training, in addition to the experience of training athletes and the background of guiding them both in person, and in the last decade through new technologies, we have managed to set desires , inspiration and dreams of hundreds of athletes. All of that is condensed into our work system. An endurance athlete should not only train, and should never forget that the training task continues in the rest period.