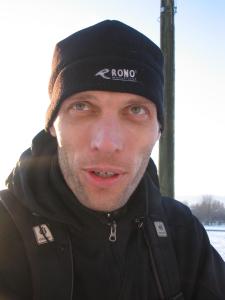 Bjoern Ossenbrink MultiSport Science / Team Ossenbrink
Have a Question? - Contact Me Contact Me
Coach Summary Meet Your Coach Contact
Coach Summary
Refund Policy
Plans are protected by our Refund Policy and may, with the author's approval, be exchanged for a plan of equal value from the same author.
Location

Bjoern has been coaching endurance sport and speed sport athletes for 15+ years. He started coaching to help athletes of all levels to reach their highest level of performance.Bjoern has a professional education with a Masters Degree in Exercise Science. With his passion of research and his continuously educational development Bjoern’s athletes receive the highest level of personal coaching possible. Personally, Bjoern has competed as an athlete in World Cup events and has experienced what it takes to train his own body to a high performance level. Currently, Bjoern works with athletes all around the world and under his tutelage athletes have reached their goals to compete at the highest level in sport – World Championships. Bjoern resides in British Columbia, and is one of Canada's leading triathlon and cycling coaches. In addition, he is the founder of Ossenbrink MultiSport Science Inc – a professional Sport Science business which focuses on educating coaches and athletes in many aspects