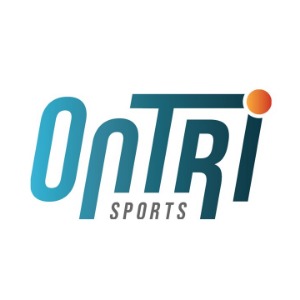 ONTRISPORTS Ontrisports Solutions lda
Have a Question? - Contact Me Contact Me
Coach Summary Meet Your Coach Coach Package Pricing Contact
Coach Summary
Refund Policy
Plans are protected by our Refund Policy and may, with the author's approval, be exchanged for a plan of equal value from the same author.
Location

Sport Types
Services
Athlete Requirements
We don't have any special requirement for our athletes, but we love athletes looking to achieve their best according to the individual challenges they need to face day-by-day
Meet Your Coach

Portuguese company specialized in Triathlon, Swimming, Cycling and Running. 25 years of experience with 4 Olympic Games, Olympic medalist, and Elite World Champion.
Based in Rio Maior, Portugal, adjacent to one of the best Sports Complex in the World, we offer a range of services available for all level of athletes, and distances, from Pro's to Age Groups.
Training camps, testing and training support is at Ontrisports waiting for all of you!

"Be different every day and every hour to be different in that day and at that hour! "(Sérgio Santos)

What was only available for PRO athletes just a few years ago, is now possible for all level athletes!

We love challenges and aim for excellence in everything we do, working hard to ensure that race day will match your best expectations.

Sérgio Santos short Bio:
I finished my 5 years sports degree in 1995 and my high-performance master’s degree in Triathlon in 2003. I am level 2 TrainingPeaks certified coach, Portugal and Spain level III Coach and facilitator for the International Triathlon Union (ITU) since 2005, having the privilege to mentor other coaches in more than 20 courses.
I was performance director and national coach from the Portuguese Triathlon Federation from 2000 to 2010, elite coach world champion in 2007 and silver medal in Beijing 2008 Olympic Games.
I started then as Brazilian Olympic coach for London and Rio de Janeiro Olympic Games from 2011 to 2016, and I am now the Brazilian Performance Director since 2018.
I will be Olympic team head coach for the 5th time in Tokyo 2020, after Athens 2004, Beijing 2008, London 2012 and Rio 2016.
3 times Pan-American Games head coach for Brazil (2011, 2015, 2019) and going for my 20th successive ITU World Championships Grand Final in 2020.
All life sports lover, passionate for performance, IRONMAN distance finisher in 2000, 15 marathons finisher (PB 2h35:16) and 2010 Cape Epic finisher.