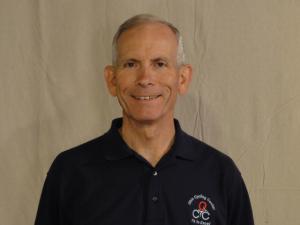 Paul Rouse Ohio Cycling Center
Have a Question? - Contact Me Contact Me
Coach Summary Meet Your Coach Contact
Coach Summary
Refund Policy
Plans are protected by our Refund Policy and may, with the author's approval, be exchanged for a plan of equal value from the same author.
Location

Paul has been actively cycling for fitness since 1985. He started racing in 1991 and has since won medals at state, regional and national cycling championships in road race, time trial, and criterium events. He is a Level 2 Cycling Coach certified by USA Cycling and is also certified in Power Based Training. Paul attended the Serotta International Cycling Institute where he earned his certification as a Professional Bicycle Fitter. He was employed at K&G Bike Centers from 2005-2014 as a mechanic, sales associate, and bike fitter and has fitted hundreds of customers on road, triathlon, time trial, cyclocross, hybrid, and mountain bikes. He was an active member of Team Dayton Bicycling and served on the Board of Directors as the Director of Training from 2004 until 2018. Paul coached many of Team Dayton’s riders and specializes in training juniors (ages 10-18). In his first career he was rated as a master navigator and flew C-130 transport aircraft for the US Air Force. He retired as a Colonel with over 27 years of military service and has since turned his love of cycling into his profession. He opened the Ohio Cycling Center in January 2011.