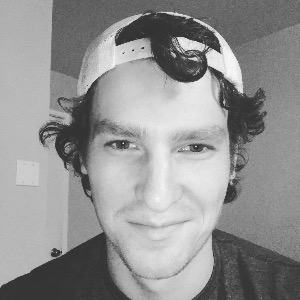 Avram Carter Octane Athletics
Have a Question? - Contact Me Contact Me
Coach Summary Meet Your Coach Contact
Coach Summary
Refund Policy
Plans are protected by our Refund Policy and may, with the author's approval, be exchanged for a plan of equal value from the same author.
Location

Avram Carter is a coach with Octane Athletics Training Systems, an endurance coaching firm based in Texas. Octane centers everything they do on three principles...TEAMWORK | OPTIMISM | POSITIVITY. Avram has been a professional bike fitter at Tri Shop in Plano, TX since 2012.

Avram lives in The Colony, TX with his wife Victoria. He grew up playing just about every sport available to him before getting into high school and collegiate marching band. After being out of organized sports for a few years Avram did his first triathlon on campus and discovered a new passion in multisport. While in the Texas Tech Triathlon club Avram realized that endurance sports gave him a place to clear his head and take out some of the stress from his busy schedule. As he participated in more races and met more athletes Avram realized he could help other athletes succeed by passing on his own experiences, as well as the experiences of other athletes around him.

As a professional bike fitter at Tri Shop Avram has taken advantage of unique opportunities like working with other fantastic fitters like Mat Steinmetz and John Cobb and doing some wind tunnel testing with Lauren Barnett. Avram started working towards a Masters Degree in Exercise Physiology at Texas Women's University to gain a better understanding of how the human body reacts to exercise and to be better able to coach athletes with the best methods possible.

Avram’s current focus is set on the 70.3 distance which has lead to multiple finishes and PRs at this and other distances. After competing at the 2015 USAT Long Course National Championship Avram qualified for the 2016 ITU Long Distance World Championship race in Oklahoma City.