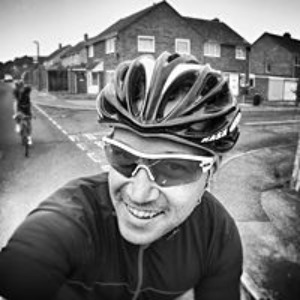 mark racher www.nplus1endurance.com
Have a Question? - Contact Me Contact Me
Coach Summary Meet Your Coach Contact
Coach Summary
Refund Policy
Plans are protected by our Refund Policy and may, with the author's approval, be exchanged for a plan of equal value from the same author.
Location

At N+1 we are firm believers that when our services as coaches are being utilised we should be solely focussed on our athlete’s development and success, not our own. We make it a policy to never race or take part in any event that one of our athletes are taking part

My entry into triathlon stems from being a professional swimmer. I competed for the Great Britain team over a period of 12 years competitive racing in both European and World championship events. I was the British record holder and Britain’s number one for the 200m IM events and reached a Top 10 world ranking.
During my intense training with the GB squad I had experimented with triathlon during those formative years as part of a cross-training regime to balance my swimming but was never able to dedicate enough time due to the sheer volumes of swimming required. When I eventually left competitive swimming in late 2003 I decided to focus my training properly for triathlon and I was subsequently talent spotted by the British Triathlon Eastern region potential program.
My years of professional competitive swimming experience, coupled with training alongside some of the best GB athletes and being coached by some of the very best people in the world has given me a unique insight into performance development. I have been able to apply all of my experience into not only my own successful triathlon performance but also coached top Age Group, Elite, and Professional triathlon athletes.

Most recently I have coached the double world champion age group athlete in 70.3 and IRONMAN, along with multiple Kona qualifiers and pro athletes