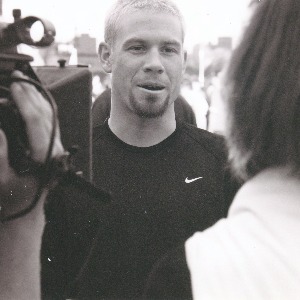 Nick Radkewich Avenger Racing
Have a Question? - Contact Me Contact Me
Coach Summary Meet Your Coach Training Plans Contact
Coach Summary
Refund Policy
Plans are protected by our Refund Policy and may, with the author's approval, be exchanged for a plan of equal value from the same author.
Location

Avenger Racing is a coaching program for endurance athletes especially triathletes, runners and multisport athletes of all ages and abilities. The program's focus is mental, physical and skills training, to improve results, accomplish goals and most importantly enjoy the challenge of endurance sports. Coaching will be administered through the use of website resources, email, and consultations. Programs will be personally developed according to racing schedules, skill level and goal mapping.