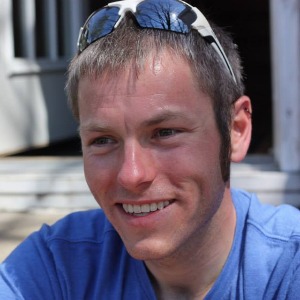 Nicholas Modrzejewski Training Bible Coaching
Have a Question? - Contact Me Contact Me
Coach Summary Meet Your Coach Contact
Coach Summary
Refund Policy
Plans are protected by our Refund Policy and may, with the author's approval, be exchanged for a plan of equal value from the same author.
Location

Nick is a coach as well as an athlete himself. Coaching is an integral part of his continued growth and success as an athlete. He loves helping people achieve their goals and understands firsthand the delicate balance of family, work, life, and athletic pursuits.

Nick is a USA Cycling Level III Coach and has competed in endurance sports for over 10 years. Growing up he played many team sports before discovering wrestling in grade school. Solo sports tended to be this introverts preferred route. In college he took up distance running. Completing his first marathon in 2005 in just under 4 hours; he knew there was plenty of room for growth. He took up triathlon in 2008 on the urgings of friends and began to excel. Along the way he’s managed to run a Boston Marathon qualifying marathon time, complete a handful of full Ironman races, a number of half-Ironman races and qualify for and race-in Ironman 70.3 World Championships in 2014. Coaching is an important part of his continued growth as an athlete. 2015 was a breakthrough season as he started working with a TBC coach, resulting in a 3rd place overall at Augusta 70.3 and breaking the 10 Hour barrier at Ironman Florida. He is passionate about coming alongside any athlete and helping them achieve their goals - be that run their first 5k or complete an Ironman.