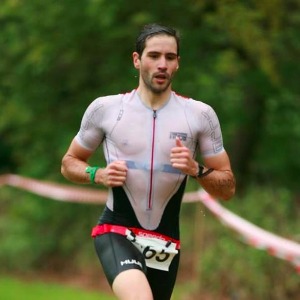 Nick Busca Core - Ski and Triathlon Academy
Have a Question? - Contact Me Contact Me
Coach Summary Meet Your Coach Coach Package Pricing Contact
Coach Summary
Refund Policy
Plans are protected by our Refund Policy and may, with the author's approval, be exchanged for a plan of equal value from the same author.
Location

As a certified triathlon coach, personal trainer and ski instructor I provide several coaching services: online triathlon coaching and personal training, 1-2-1 sessions for swim-bike-run and strength and conditioning (for all levels); yearly training scheduling for any triathlon length; video analysis; full metabolic testing, ski and telemark lessons for all ages and levels.

I earned my Level 3 High Performance coaching qualification with British Triathlon in March 2019. As a coach I coach athletes on a 1-2-1 basis for long and short distance triathlons, but I also coach swimming, running and cycling as singular disciplines

In January 2017, I also completed the Ironman coaching certification and in November 2017 I completed the Level 3 Diploma in personal training with Premier International / NASM. I can coach people 1-2-1 and help them to achieve different goals, being both gaining muscle mass through a gym-based routine and losing weight through more traditional cardio-vascular exercise.

I started to train and compete in triathlons in 2012. I began with the Turin-based triathlon team Aquatica and received private coaching from former Olympian athlete Vladimir Polikarpenko, who raced in three Olympic games for the Ukraine.

My results earned me a place in the GB team, which I represented at the long-distance triathlon World Championships in 2017 and 2018, finishing 16th in my AG in 2017.

Preferred Athlete Levels
Intermediate, Advanced, Professional
Coach Package Pricing
*You will only be charged the $99 startup fee today. Monthly billing will begin after TrainingPeaks connects you with your coach.
Have a question? Contact me.